“Mom, You Forgot to Pay the Gas Bill…” 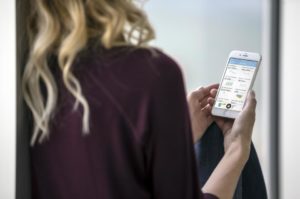 An expert says a decline in financial management skills might be an early sign of Alzheimer’s disease, and family may need to step in.

What’s the most challenging topic to discuss with older loved ones? Family caregivers often name end-of-life wishes, driving safety and incontinence as tough-to-talk-about subjects—but according to many experts, money management is right at the top of the list. Most older adults view taking care of their financial affairs as a private matter, and pride themselves on doing a good job of it. Yet, according to the Consumer Financial Protection Bureau, seniors may have cognitive challenges that make it hard to keep track of money matters and could make them vulnerable to scam artists and financial elder abuse.

Daniel Marson, Ph.D., J.D., of the University of Alabama at Birmingham (UAB) has studied this topic for a number of years. In a 2009 study, Marson, who is a professor of neurology and director of the Alzheimer’s Disease Center at UAB, noted that poor money management might even be an important early sign of Alzheimer’s disease.

Marson and his team studied a group of people who had mild cognitive impairment, and found that some of them remained able to manage their financial affairs, while others became less able to balance their checkbook, pay their bills or understand their bank statement. This latter group, the researchers found, were far more likely to be later diagnosed with Alzheimer’s. According to Marson, “Impairments in financial skills and judgment are often the first functional changes demonstrated by patients with incipient dementia.”

What signs should families be alert for? In 2014, Marson presented at a symposium called “Financial Planning in the Shadow of Dementia,” put on by the Massachusetts Institute of Technology AgeLab and Transamerica.

He listed the following warning signs:

It’s important to note that some of us are more money-savvy than others, so what families should be looking for is a change in their loved one’s abilities.

When it’s time to step in, Marson suggests caregivers can:

If a family is worried about their loved one’s financial safety, it’s time for a conversation. You might need to call in an expert—your loved one’s physician, an elder law attorney, an aging life care professional (geriatric care manager) or a financial advisor. These are sensitive conversations indeed, but very important to help loved ones with cognitive impairment preserve self-esteem while avoiding financial damage and exploitation.

« Keeping Nursing Home Residents Social
Get On Up! Avoiding the Harm of an Inactive Lifestyle »