The Complicated Connection of Depression and Dementia 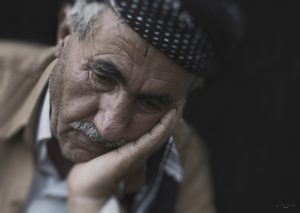 Depression is one of the most common conditions affecting older adults. According to the University of Pittsburgh School of Medicine, an estimated 15 percent of people older than 65 are dealing with depression, which affects the whole person: mind, body and emotions. Symptoms include a persistent feeling of sadness, lack of energy, changes in normal eating and sleeping, memory disturbances and impaired concentration, loss of interest in usual activities, and trouble keeping up with normal activities at home and work.

If you compare these symptoms to those of Alzheimer’s disease and related conditions, you will notice some striking similarities. Many of the symptoms of depression are known to mimic dementia, so closely that families and even healthcare providers may at first mistakenly suspect that a patient with depression has Alzheimer’s disease. Ruling out depression is an important first step in diagnosing dementia.

Further complicating things, depression itself may be an early sign of dementia. And if depression is a symptom of Alzheimer’s disease, could it also be a risk factor? The American Academy of Neurology states that depression may nearly double a person’s risk of developing dementia. What is the connection? Why would a history of depression make it more likely that a person will suffer cognitive losses later in life?

Researchers from the University of Edinburgh have found that certain stress hormones can cause shrinkage of the brain. And researcher Jane Saczynzki, Ph.D., of the University of Massachusetts Medical School noted, “Inflammation of the brain tissue that occurs when a person is depressed might impact the risk of dementia. Certain proteins found in the brain that increase with depression may also increase the risk.”

Research is underway to determine the precise nature of the connection between the two conditions. Said Dr. Monica Breteler of Erasmus Medical Center in the Netherlands, “We don’t know yet whether depression contributes to the development of Alzheimer’s disease, or whether another unknown factor causes both depression and dementia. We need to do more studies to understand the relationship.”

One thing researchers agree upon: Depression makes it much less likely that we will follow a healthy lifestyle that protects our memory health. It saps our will and motivation and our desire to be active. Saczynski said, “Several lifestyle factors related to long-term depression, such as diet and the amount of exercise and social time a person engages in, could also affect whether they develop dementia.”

This is yet another reason to seek professional help if you or a loved one shows signs of depression. Depression can become disabling if not properly treated. All too often, people are resistant to the idea that they might have a true depression, feeling that somehow they will “just snap out of it.” But depression is an illness that results from a chemical imbalance in the brain, and it can respond successfully to treatment.

The first step in reversing depression is to have it diagnosed by a physician or other qualified professional. After a thorough exam, the healthcare provider will first try to identify the cause of the depression, which might stem from:

Treatment for depression may include…

Many older adults avoid seeking help for depression. They may have a generational attitude of self-sufficiency and keeping one’s problems to oneself. Seniors should be encouraged to understand that treating depression is no different than treating any other illness. Professional help can let them get their lives back on track. And now we know it may very well also protect their brains!

Better treatment of depression and understanding of the connection between depression and dementia is not only important for senior patients; it is vital for our nation’s healthcare system as well. According to University of Pittsburgh School of Medicine professor Meryl Butters, Ph.D., “An understanding of how late-life depression increases the risk of dementia could lead to better prediction and prevention mechanisms. Early diagnosis and prevention of depression could have a major dual public health impact as they could also potentially prevent or delay cognitive decline and dementia in older adults.”