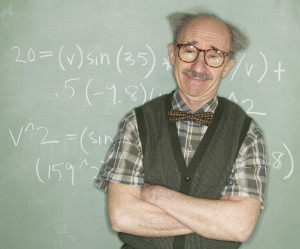 Ten years after completing a brain training program, a group of older people still had improved cognitive abilities, according to results of a randomized clinical trial supported by the National Institutes of Health.

“Previous data from this clinical trial demonstrated that the effects of the training lasted for five years,” said NIA Director Richard J. Hodes, M.D. “Now, these longer-term results indicate that particular types of cognitive training can provide a lasting benefit a decade later. They suggest that we should continue to pursue cognitive training as an intervention that might help maintain the mental abilities of older people so that they may remain independent and in the community.”

“ACTIVE is an important example of intervention research aimed at enabling older people to maintain their cognitive abilities as they age,” said NINR Director Patricia Grady, Ph.D. “The average age of the individuals who have been followed over the last 10 years is now 82. Given our nation’s aging population, this type of research is an increasingly high priority.”

The investigators were also interested in whether the training had an effect on the participants’ abilities to undertake some everyday and complex tasks of daily living. They assessed these using standardized measures of time and efficiency in performing daily activities, as well as asking the participants to report on their ability to carry out everyday tasks ranging from preparing meals, housework, finances, health care, using the telephone, shopping, travel and needing assistance in dressing, personal hygiene and bathing.

At the end of the trial, all groups showed declines from their baseline tests in memory, reasoning and speed of processing. However, the participants who had training in reasoning and speed of processing experienced less decline than those in the control groups. Results of the cognitive tests after 10 years show that 73.6 percent of reasoning-trained participants were still performing reasoning tasks above their pre-trial baseline level compared to 61.7 percent of control participants. This same pattern was seen in speed training: 70.7 percent of speed-trained participants were performing at or above their baseline level compared to 48.8 percent of controls. However, the researchers said memory training did not have an effect after 10 years.

“The speed-of-processing results are very encouraging,” said Jonathan W. King, Ph.D., program director for cognitive aging in the Division of Behavioral and Social Research at NIA and co-author. “The self-reported improvements in daily function are interesting, but we do not yet know whether they would truly allow older people to live independently longer; if they did, even a small effect would be important, not only for the older adults, but also for family members and others providing care.”

Source: The National Institute on Aging (NIA). The NIA leads the federal government effort conducting and supporting research on aging and the health and well-being of older people. The Institute’s broad scientific program seeks to understand the nature of aging and to extend the healthy, active years of life. For more information on research, aging, and health, go to www.nia.nih.gov. The study was published here.