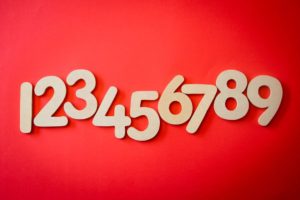 So many events have been affected by this year’s coronavirus outbreak. The 2020 election will be more complicated, the 2020 Olympic Games were postponed for a year, and countless planned events were canceled.

The 2020 Census has also been impacted by the pandemic. Some of the dates have been extended, with the U.S. Census Bureau hoping to complete data collection by the end of October. Officials report that by the middle of June, 80% of households had completed the questionnaire online, by phone, or by returning the paper form that was mailed to those who didn’t respond by early April. Phone and in-person census takers are expected to begin canvassing in August. In-person census takers are trained on social distancing protocols and will be using masks and other PPE according to local standards. However, the Census Bureau reminds us, “People can still respond on their own online, over the phone or by mail — all without having to meet a census taker.”

The deadline has been moved from July 31 to October 31. You can fill out your questionnaire at https://my2020census.gov. (People who live in senior living communities may have been counted there; ask staff if you have questions about that.)

With the need for social distancing, it’s fortunate that the 2020 Census, for the first time, is designed to be completed online as much as possible! But one downside is that seniors, who have historically been the age group most likely to return their census forms, may hesitate to use the online interface. They may not have computer access, or they may fear that their information could be compromised.

If you prefer, complete the questionnaire by phone or by mail, it’s quick and easy. Remember: The Census is only taken every 10 years, so the results will affect the lives of people for the upcoming decade. And that includes older adults.

Together with the responses of millions of other older adults, your data will be used to allocate the use of billions of dollars of taxpayer money—for services in general, and for senior-serving services.  The Census Bureau reminds us, “Everyone uses roads, hospitals and emergency services but some state and federal programs target specifically older populations.” Census statistics help allocate funding for:

“The census is really important to us in the aging community,” says John Haaga of the National Institutes of Health. “It’s our only way to figure out how things are different across the country, what areas are aging faster, where elderly disabled people live, or where older people are concentrated.”

Haaga says the proportion of seniors can change in areas where younger people are moving to cities, or in communities where older adults often move after retirement. This might mean that more money should go to an area’s senior programs—but that can only happen if the census shows they are there! Census data is also used to learn how far seniors live from services such as adult day centers or senior nutrition programs, which might determine where new locations are needed.

Getting an accurate count of older adults will also have a big impact on the families of these seniors! Today, with improved health care, people in the U.S. are living longer. And in less than 15 years, older adults are projected to outnumber children under age 18 in the U.S. for the first time. For this reason, census data will strongly impact family caregivers, as well.

“The mismatch between old and young will have implications across the coming years. We aren’t having enough children to take care of us in our old age,” notes Dr. Grace Whiting, president and CEO of the National Alliance of Caregivers. Dr. Whiting points to her own situation: “Look at my family: my in-law was one of six children, my husband and I were one of two, and we don’t have kids. Extrapolate that out, and that’s what’s happening nationwide.” Senior services will increasingly be necessary to make up for what’s been called “the caregiver crisis.”

A word of warning:

There have been reports of con artists impersonating census takes, online, in person, and over the phone.  Victimizing older adults is bad enough—but the Census Bureau also reports that fearing these fraudsters, some people are then too suspicious of legitimate census workers to respond to their questions! The bureau reminds us that they will never ask for your Social Security number, your bank account or credit card numbers, anything on behalf of a political party, or for money.

« Is It a Stroke, or Heat Stroke?
Free Resources for a Senior Home Exercise Regimen »