Even on the Cellular Level, Heat Waves Hurt Seniors 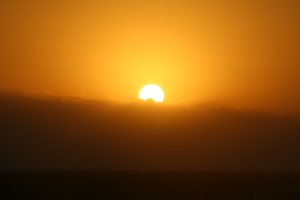 A few weeks into the official beginning of summer, most areas of the U.S. have experienced blistering temperatures. The “heat dome” brought record-breaking temperatures across the West, and many other locales have been sweltering, even those that are usually fairly immune from extreme heat, such as Alaska and the Pacific Northwest.

We might not think of extreme heat as an emergency on the level of hurricanes, tornadoes, and blizzards—but in fact, the Centers for Disease Control and Prevention (CDC) reports that heat is the deadliest of all-natural disasters in the U.S., taking more lives than all other natural disasters combined.

Experts also warn that older adults are at the highest risk of death during heat waves, not only due to heat-related illnesses but also from an increase in heart attacks and respiratory problems. “Sustained elevations in internal body temperature can lead to heatstroke, cardiovascular events, and kidney failure,” said James J. McCormick of the University of Ottawa in Canada.

Why is the risk greater for seniors?

“Older people are particularly vulnerable since the body’s systems for regulating temperature degrade as we age,” McCormick explains. Common health conditions such as cardiovascular disease, kidney or lung problems, and unhealthy body weight are also factors. Seniors are also more likely to take prescription medications that hinder the body’s ability to cool itself. And our thirst mechanism is less sensitive as we grow older, so it’s easier to become dehydrated.

McCormick recently published a study in the journal Experimental Biology which demonstrated that extreme heat even damages the cells of older adults! He and his team explained that in hot temperatures, our cells are less able to rid themselves of dangerous protein buildups.

They also discovered that older adults who spend at least part of hot days in a cooler location experience less cell damage—which certainly serves as clear evidence that communities should provide ample cooling shelters for seniors. “The findings suggest that visiting a cooling center could help older people avoid some of the cellular damage that may contribute to serious health impacts of heat exposure,” the study authors said.

This is also a good reminder that those caring for seniors should help them get to a place to go to cool down. This year, that is a little harder with social distancing, but many communities are opening community centers, libraries, senior centers, and school buildings for heat relief.

Families should help their loved ones locate and access these shelters. And during periods of high heat, be sure to check in on older loved ones, friends and neighbors, as well.