Is It Safe for My Loved One With Dementia to Own a Gun? 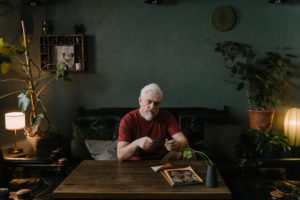 The debate over guns has heated up during the past few years. But one thing most everyone on the firearm ownership opinion spectrum agrees about is that sometimes it is unsafe for an individual with mental illness to have access to guns. What about older adults with Alzheimer’s disease or other dementia?

Researchers from the University of Pennsylvania School of Social Policy and Practice examined the public health considerations related to firearm ownership among the elderly. Study authors Susan B. Sorenson and Brian Mertens reported that more than 17 million seniors own at least one firearm. This is an issue of concern, in part because a certain percentage of older adults will develop Alzheimer’s or another type of dementia by the end of life.

Alzheimer’s and other dementia can make gun ownership dangerous for seniors—and for their families and others. Dementia can make a person increasingly less able to safely handle and store a firearm. Accidental shootings and suicide are both risks. Each year we read about tragic situations in which a person with dementia mistakenly believes that a family member or caregiver is an intruder. Family may believe they’ve locked up or disabled the firearm—but this may not be enough.

The University of Pennsylvania study authors suggest that it can be helpful to think of weapon ownership in the way we think about driving. Insights into taking away the car keys might be applied in this situation as well. Said Sorenson, “Memory, thinking and judgment, as well as physical and behavioral competence issues related to the elderly person’s safe operation of a motor vehicle also apply to firearms. People with Alzheimer’s disease can have memory loss, personality changes, confusion, anxiety, fluctuating lucidity and other symptoms that can affect their ability to responsibly, competently and safely own and operate a firearm.”

The authors suggest that family caregivers, as well as senior living communities, should have guidelines for the possession of firearms. Says Sorenson, “Like most Americans, the elderly have the constitutional right to own firearms and there are many elderly people who are responsible gun owners. However, public health policies must take action to promote the health of elderly persons and the safety of their caregivers.”

A study from the American Osteopathic Association reported that 60% of households where a person with dementia lives had one or more firearms. “Nothing about this is easy,” says study author Katherine Galluzzi, DO, chair of the department of geriatrics at the Philadelphia College of Osteopathic Medicine. “People’s identities are formed in large part by the ways and degree to which they can feel self-sufficient. That doesn’t end with the onset of dementia. However, as physicians and family members, we need to be able to do the hard thing in the interest of public safety.”

What can concerned family members do?

Some states have enacted “red flag laws” that allow family and law enforcement to step in if a person is a danger to themselves and others. But many experts say encouraging older adults to create a “firearm retirement” plan is the best solution. This could be a document, similar to an advance directive for health care or a plan for giving up driving, in which a senior gives a trusted loved one permission to remove the gun if it the senior isn’t safe with it. Some experts also say planning to bequeath guns to younger family members or donating them to a museum can make the transition easier (but know the applicable laws in your state before you do this).

Members of the Aging Life Care Association (ALCA) say they often encounter this issue. Aging life care professionals (also known as geriatric care managers) help families locate support services for older family members. They also can step in to serve as a mediator when seniors and family members aren’t seeing eye-to-eye on a topic, such as how safe the senior is living independently, whether the senior should still be driving—and the issue of firearm ownership.

ALCA experts issued a set of tips on how best to deal with guns in the home at the point when older family members begin to lose capacities, which they report is one of the most sensitive and important issues children of aging parents can face. They say it’s important to determine if the gun owner is competent to keep a weapon. If the answer is no, they suggest first trying to get the person’s permission to remove the gun from the home. Adding the support of others during the conversation, such as siblings or an aging life care professional or attorney, may be more effective.

“If you can’t make headway, or if you think the situation is dangerous, you’ll want to get it out of their house regardless,” ALCA experts caution. “Call your local police department and ask them what to do. Should you bring it to the station? They may be willing to come to your house and pick up the gun.”