Noise Pollution Can Harm Our Hearts 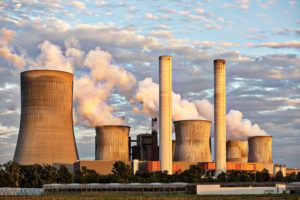 By now, most people are aware that air pollution is very bad for our health. The carbon dioxide, carbon monoxide, hydrocarbons, sulfur oxides and ozone from motor vehicles, power plants and factories all damage our hearts, lungs and brains.

Yet we might be unaware of another danger lurking in the air around us: noise pollution. Today many researchers believe that some of the damage attributed to air pollution is actually due to the effects of noise; the two tend to coexist. According to a November 2018 study published by the American Heart Association, “People with the highest levels of chronic noise exposure—such as highway and airport noise—had an increased risk of suffering cardiovascular events such as heart attacks and strokes, regardless of other risk factors known to increase cardiovascular risk.”

Up until recently, experts weren’t entirely sure about the mechanism of the link between cardiovascular disease and chronic noise exposure. The new research offers insight. The team, from Massachusetts General Hospital in Boston, studied 499 adults over the course of five years. None of the people had heart problems at the beginning of the study. To learn the noise level near the home of each test subject, the team used data from the Department of Transportation’s Aviation and Highway Noise Map. Then, they used PET and CT scans to observe the subjects’ blood vessels, as well as activity in the amygdala—the part of the brain that regulates stress and emotional responses.

During the course of the study, 40 test subjects experienced a heart attack or stroke. And, found the researchers, “People with the highest levels of noise exposure had higher levels of amygdalar activity and more inflammation in their arteries. Notably, these people also had a greater than three-fold risk of suffering a heart attack or a stroke and other major cardiovascular events, compared with people who had lower levels of noise exposure.”

The research confirmed that noise causes a stress response in the amygdala, triggering the release of hormones that cause blood vessel inflammation. Stress also raises our blood pressure and stiffens the arteries. Said study author Dr. Azar Radfar, “Patients and their physicians should consider chronic noise exposure when assessing cardiovascular risk and may wish to take steps to minimize or mitigate such chronic exposure.”

Many communities are taking steps, as well. Some have implemented policies that can lower traffic noise on our streets and highways, such as traffic management and regulation, noise barriers, low-noise pavements, and encouraging the use of lower-noise tires. Cities also struggle with the other main culprit, airplane noise. Solutions include redirecting flight paths away from homes, reviewing these patterns to see if certain neighborhoods bear the brunt of airplane noise, scheduling fewer night flights, and developing quieter jet engines.

Meanwhile, we can take steps to reduce noise in our homes and workplaces. Carpeting and noise-absorbing curtains muffle sounds. We can use ear plugs, white noise machines and fans to mask random noise that disturbs our concentration and sleep. Talk to an expert about installing sound-absorbing padding on floors and even walls. Experts say even if we hardly notice the noise we’ve become accustomed to, it can still harm us.