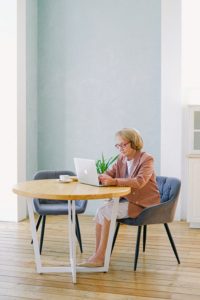 Lewy body dementia (LBD) is a degenerative disease caused by abnormal protein deposits in the brain. These deposits, called Lewy bodies, cause changes in brain chemicals that can affect thinking, movement, behavior, and emotions.

There are two types of LBD: dementia with Lewy bodies and Parkinson’s disease dementia. The outward signs of these two types are different, but the biological changes in the brain are the same. The disease lasts an average of 5 to 7 years between the time of diagnosis to death, but this varies greatly from person to person.

The causes and risk factors of LBD are not fully understood; neurologists believe that age is the greatest risk factor, while genetics, lifestyle and other health conditions may also be involved.

What are the symptoms of LBD?

In the earliest stages of LBD, symptoms can be mild, and patients usually experience little change in function. The first noticeable changes are similar to those of a person with Alzheimer’s disease. But over time, other symptoms suggest the diagnosis of LBD. The NINDS says these include:

In Parkinson’ disease dementia, the other type of LBD, symptoms begin with slowed movement, muscle stiffness, tremor, and a shuffling walk, and thinking problems and behavior changes arise later.

How is LBD diagnosed?

As mentioned above, LBD can be hard to diagnose because diagnosis is based on symptoms, and the early symptoms are very similar to those of Alzheimer’s disease and other conditions. Blood tests and brain scans are useful mainly to rule out other disorders. Family members can be of help, sharing observations about changes in their loved one.

Can LBD be treated?

At present, LBD cannot be prevented or cured, but some symptoms may respond to treatment for a period of time. A neurologist who specializes in the condition can make these recommendations. Physical therapists, speech therapists, occupational therapists and other professionals can also be important members of the care team.

The NINDS stresses that creating the best possible quality of life for people with LBD is a central goal of treatment and care:

As their loved one’s condition progresses, family find themselves taking on more and more care tasks. Experts caution that these people who do so much for their loved one might put themselves at risk of physical and emotional fatigue, which can lead to sleep problems, depression and other illnesses. But caregivers do not have to face these tasks and responsibilities alone. Many sources of help are available. The NINDS recommends these steps:

The information in this article is not intended to replace the advice of your health care provider. Talk to your doctor if you have concerns about changes in your own or a loved one’s thinking and behavior.

« International Day of Older Persons 2021 Focuses on Digital Equity
Self-Care: What It Is and Why You Should Get Started on It Today »