Reasons to Show Your Older Brain Some Love 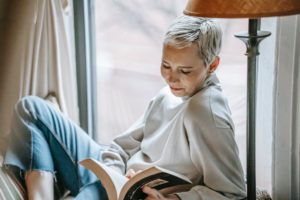 If we live long enough, we’ll notice changes in our memory and thinking. Or maybe our spouse or another family member will be the ones to point out these changes. In any case, it’s important to be aware of changes that might mean something is amiss, and which should be reported to the doctor, such as:

Don’t ignore these changes or just hope they will go away. Sometimes the problem is treatable, such as medication side effects, depression, an infection, or even a vitamin deficiency. Sometimes the diagnosis is “mild cognitive impairment”—memory and thinking problems that might progress to Alzheimer’s disease, but not necessarily. If the diagnosis is Alzheimer’s disease or another type of dementia, early diagnosis allows for the best treatment and planning for care.

Despite our concern, many memory and thinking changes are considered normal, caused by typical age-related changes in the brain. Certain areas of the brain become smaller, and the connection between neurons weakens. Blood flow in the brain may decrease.

We can save ourselves a lot of worry by learning about these normal changes and what to expect. Even by late middle age, most of us will experience milder versions of the warning signs above—those so-called “senior moments.” But these aren’t necessarily due to deterioration of the brain! Senior brains are just different.

For one thing, over the years we’ve accumulated a lot of memories and information. So, like a computer’s hard drive, it takes our brains longer to sort through all the “data.” And memories might come to us down different paths; if we can’t recall the name of a song on the radio from the tune, eventually our brain is likely to fetch it through an association with where we lived when it was popular. Chances are if you’re an older adult, you do better on multiple-choice tests than fill in the blanks!

Older brains are also pickier when it comes to retaining memories. When we’re young, we tend to remember a lot of different things, whether or not those things might be important. Older brains are more “discerning”—they make decisions about what memories to retain. Of course, sometimes they choose wrong; if you can’t find your reading glasses, your brain neglected to recall that they’re on your head.

Here are some other memory changes that are considered to be perfectly normal:

We can make up for these memory changes with memory tricks, writing notes or keeping a calendar, and putting things in the same place every time (for example, the TV remote or the car keys). We can make a mental note—which signals our brain that we want to remember something, such as where we parked the car.

And now for some memory changes that are not only normal but are rewards for making it to old age. Most older adults have a great deal of what is commonly called “wisdom”—lessons learned from a lifetime of experience, and the ability to use those lessons well. Most older adults can continue to increase their vocabulary and their base of knowledge. Older adults can continue to learn new skills, or pick up a new language, or adapt to new ways of doing things.

Be good to your brain.

“Some people remain cognitively sharp into their 80s, 90s, and beyond, defying the common assumption that cognitive decline is a natural part of aging,” reports the National Institute on Aging (NIA). These “super-agers” are being studied, so we can hopefully learn their secrets!

The research suggests that super-aging is a combination of genes and lifestyle. Healthy lifestyle choices include a good diet, lots of exercises, mental stimulation, education, and social connections. Addressing sensory and physical disabilities, sleep problems, and depression also helps the brain. Researchers also are looking at disparities in brain-enriching opportunities, to make beneficial lifestyle factors available to everyone.

What about “brain health” products? Most of us do worry about our memory as we grow older—and the NIA says scammers take advantage of this concern to sell phony treatments and “cures” for brain health. Always talk to your doctor before purchasing or using these products. Some are actually dangerous, while others, at best, are a waste of money that you could be using for something that is really of benefit—like fruits and veggies for dinner or an exercise class!

« Is It Safe to Exercise With Arthritis?
Faster Stroke Treatment Is Everyone’s Job »