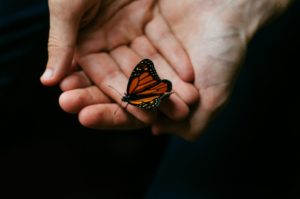 Established in 2008 by The AIDS Institute, National HIV/AIDS and Aging Awareness Day is an opportunity to dispel the myth that HIV/AIDS is a disease exclusive to younger people. It is an opportunity to encourage older adults to be tested for the virus, and to learn how to avoid contracting or spreading it.

According to the Centers for Disease Control and Prevention (CDC), 25 percent of people in the U.S. who are living with HIV/AIDS are older than 55. Close to 20 percent of newly diagnosed cases are in older adults. They also are more likely to be diagnosed later in the course of the disease, making treatment more challenging.

Some seniors, thinking they are not at risk, know very little about HIV/AIDS. They should know the basics: HIV (human immunodeficiency virus) weakens the immune system, which puts an infected person in danger of getting other life-threatening diseases, infections and cancers. The virus is spread by unprotected sex with, sharing needles with, or coming into contact with the blood of a person who carries the virus. If the body can no longer fight off these diseases and infections, HIV can lead to AIDS (acquired immunodeficiency syndrome), a more serious illness. Not everyone with HIV will get AIDS.

Seniors are at high risk of HIV/AIDS for several reasons. They may be less aware of the disease and how to protect themselves. For example, after years of a monogamous marriage, they might be widowed and dating again, unaware that they should take precautions to avoid infection. Women who no longer worry about pregnancy are less likely to use a condom—yet age-associated physical changes make their bodies more susceptible to transmission of the virus. Seniors are also less likely to talk frankly with their doctor about sexual health or drug use.

Despite being at high risk, seniors are less likely to be tested for the disease. Often doctors fail to recommend testing for older patients—and older patients may be too embarrassed to ask for a test. Seniors who notice symptoms that are associated with HIV, such as weight loss, pneumonia, fatigue, confusion or vision problems, might chalk up these symptoms to the normal aches and pains of aging, or to other health conditions they’re already living with. And they might hide their concerns, fearing the reaction of loved ones and caregivers—both to their diagnosis, and to the behaviors through which they contracted the infection.

The U.S. Administration for Community Living (formerly the Administration on Aging) recommends that older men who have sex with men be tested at least once a year; women should be tested whenever they have a new sex partner. The National Institute on Aging (NIA) says that people who had a blood transfusion between 1978 and 1985 may also be at risk. The cost of the test is covered by Medicare.

People of every age can prevent the spread of HIV/AIDS. The NIA says seniors should practice the following steps to lower the risk:

Many older adults are diagnosed with HIV/AIDS each year, and many others have been living with the disease for a long time. Though there is no cure for HIV, it can be managed with antiretroviral therapy (ART), drugs that allow many infected individuals to live a long and healthy life. Experts say these senior patients face a special set of health challenges:

They may be living with other health conditions that complicate their treatment.

Early diagnosis  raises the possibility that older adults with HIV/AIDS can continue to live independently with the disease, and to access support services that they need.

The AIDS Institute (www.theaidsinstitute.org)  sponsors National HIV/AIDS and Aging Awareness Day (www.nhaad.org) and offers information and resources for older adults with or at risk of HIV/AIDS.

AIDS.gov is the U.S. government portal for information about HIV/AIDS, including information for older adults.

The National Institute of Aging offers a concise, readable online brochure with an overview about HIV/AIDS for seniors and caregivers.

Find a testing location through your local health department, the AIDS.gov test locator (https://locator.aids.gov), or the Centers for Disease Control and Prevention toll-free at 1-800-232-4636 or gettested.cdc.gov.

« Get On Up! Avoiding the Harm of an Inactive Lifestyle
Don’t Fall for “Disaster Fraud” »