Communicating When Your Valentine Has Alzheimer’s Disease 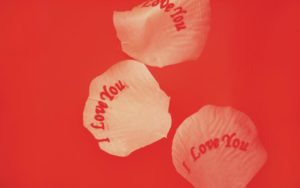 Valentine’s Day is the traditional occasion when spouses and other couples express their devotion and affection to one another. Most couples find it a meaningful day to take a little extra time to tell how much they mean to each other.

Yet this Valentine’s Day, millions of couples will find themselves expressing their devotion and affection in a different way than in years past. Spouses who are providing care for a husband, wife or partner who has Alzheimer’s or other dementia may no longer be able to connect with their loved one in old-established patterns as their loved one is changed by the disease. And Alzheimer’s caregivers provide hands-on care, supervision and health care management—a heavy load that grows with time and changes the relationship profoundly.

Many caregivers report that it is the change in their spouse’s ability to communicate that is most difficult and painful. Their partner’s memory loss means they can’t share many memories that were precious to them. People with Alzheimer’s may be unable to find the right word, instead using a different or invented word for familiar objects. They may lose their train of thought. They may be disoriented and say things that aren’t true. Frustration and a continued loss of the ability to speak may leave them largely silent.

Yet it is heartening to know that these couples often find a way around the challenges. Researchers from Florida Atlantic University’s College of Nursing recently set out to focus not on the deficits these couples experience, but on their successes and the ways they have been able to adapt. Said study author Christine L. Williams, DNSc, “There is a knowledge gap regarding how couples affected by Alzheimer’s disease manage their relationship to sustain hope, connection, meaning and engagement. Instead of focusing our study on what wasn’t working in their relationships, we looked at patterns that support intimacy.”

Williams was inspired by her own parents: Her mother had Alzheimer’s and her father served as her mom’s caregiver. Williams devised the study to shed more light on the communication patterns that sustain spouse-caregiver relationships.

The study was based on observation of a group of couples in which one spouse had Alzheimer’s disease. The couples had been married for an average of 47 years; the spouses with dementia had an average age of 80, and the caregiver spouses age 77. Williams and her team recorded the interactions of these couples over the course of ten weeks, looking for clues as to the nature of their communication.

The team identified three overriding characteristics of the good interactions: (1) “engaging with compassion” (2) “patiently reaching out” and (3) “trusting in the existence of deep attachment.”

“It was evident that caregiving spouses bore most of the responsibility in maintaining the caring relationship, but there was evidence that the spouse affected by Alzheimer’s disease actively participated as well,” said Williams.

The researchers noted that even the act of maintaining eye contact is a participation. They also found that when the spouse with Alzheimer’s was speaking, it was beneficial for the caregiver spouse not to interrupt or correct, but just to listen and affirm.