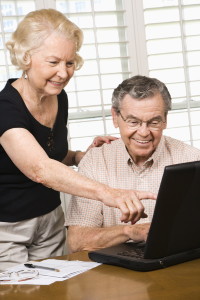 Most volunteers say that civic engagement gives them a big mood boost and a sense of accomplishment. Now, researchers from Johns Hopkins Bloomberg School of Public Health have shown that helping others can actually slow the shrinking of the brain that happens as we grow older.

Over the course of two years, Professor Michelle Carlson and her team studied a group of seniors. At the beginning of the study, the team took MRI scans of the brains of the participants, who were an average of 67.2 years old.

Then, half of the study subjects began participating in the Baltimore Experience Corps, a program that brings retired people into public schools to serve as mentors for young children and to help them learn to read.

Two years later, brain scans showed that the seniors who had taken part in the volunteer program had maintained their brain size. Some participants even showed a modest growth in the memory center of the brain. The volunteer group also demonstrated an improvement on memory tests. By contrast, the seniors who did not volunteer exhibited typical age-related brain shrinkage.

“Someone once said to me that being in this program removed the cobwebs from her brain, and this study shows that is exactly what is happening,” said Carlson. “By helping others, participants are helping themselves in ways beyond just feeding their souls. They are helping their brains. The brain shrinks as part of aging, but with this program we appear to have stopped that shrinkage and are reversing part of the aging process.”

Source: IlluminAge AgeWise reporting on study from Johns Hopkins Bloomberg School of Public Health (www.jhsph.edu). The research was published in Alzheimer’s and Dementia: The Journal of the Alzheimer’s Association.

Read More About: Health and Wellnesss