If a Loved One Has Dementia … And a Gun 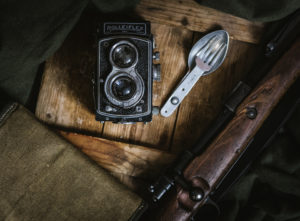 The gun debate continues to rage, and while there’s little common ground between Second Amendment adherents and gun control advocates, a May 2018 study by researchers from University of Colorado Anschutz Medical Center reported, “Even in the highly politicized atmosphere surrounding gun ownership, about 89 percent of Americans support limiting firearm purchases and access to those with a mental illness.”

What about people with Alzheimer’s disease and related disorders? Almost 20 million seniors in the U.S. own guns, and gun safety is not an abstract, political topic for families of the 5 million gun-owning seniors with dementia.

The University of Colorado study, which was published in the Annals of Internal Medicine, examined firearm ownership among people with Alzheimer’s. A person with dementia might accidently discharge a firearm, shoot at a person they think is breaking into the house, or brandish their gun at a home care worker or visiting volunteer. And according to study author Dr. Marion (Emmy) Betz, “The primary firearm injury risk for individuals with dementia is likely to be death by suicide. Some 91 percent of older adults’ firearm deaths are due to suicide, and firearms are the most common method of suicide among people with dementia.”

What can families do in this situation? There are parallels with driving. In 2011, Dr. Betz authored a study calling for seniors to create an “advance directive for driving,” authorizing a trusted person to take away the car keys if they deemed the senior unsafe behind the wheel. In the new study, Dr. Betz recommends a similar arrangement as regards firearms, creating a “firearm retirement date” agreement when a patient is diagnosed with early stage dementia or other early memory impairment.

“It’s best to have these conversations early and be aware that you have to take action at some point,” says Dr. Betz. “This is not about the government or anyone else seizing guns, but about a family making the best decision for everyone involved.”

Dr. Betz says family may have to take matters into their own hands to keep their loved one safe. She says, “Caregivers can also ensure that guns are securely locked so the patient can’t have access without supervision. They can reduce risks of gun injury by making firearms less lethal—removing ammunition from the home, storing firearms unloaded or having trigger mechanisms removed.”

And families should talk to their loved one’s doctor. These can be difficult conversations, balancing the rights of the patient versus the rights of family and community to be safe. But top medical organizations say this is an important public health issue, and many doctors do ask dementia patients about gun safety.

The American Geriatrics Society suggests that doctors should ask the “5 L’s” of safe gun ownership:

The Aging Life Care Association also suggests that families who believe their loved one’s possessing a gun poses a danger should discuss the problem with the police department.

Researchers from the University of Pennsylvania School of Social Policy & Practice suggest that nursing homes and other supportive living facilities should have guidelines for the possession of firearms. Says Prof. Susan B. Sorenson, “Like most Americans, the elderly have the constitutional right to own firearms and there are many elderly people who are responsible gun owners. However, public-health policies must take action to promote the health of elderly persons and the safety of their caregivers.”

Source: IlluminAge AgeWise reporting on studies from the University of Colorado Anschutz Medical Center, the University of Pennsylvania School of Social Policy & Practice and the Aging Life Care Association (ALCA).

« What Does a Podiatrist Say About Flip-Flops?
Does Technology Widen Generational Gaps? »