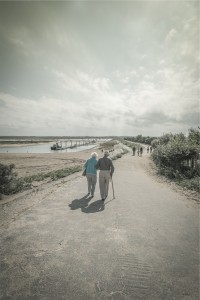 We know that America is feeling the stretch in senior services, such as caregivers, as our population ages.  However, can you imagine the impact of such a growth surge in a densely-populated country such as China?  Talk about the “Silver Tsunami!”

When we think of elder care in that nation, most of us no doubt picture traditional values where elders are venerated, and cared for at home as their needs change. But China’s family structures and economic pictures are changing. RAND Corporation recently released a study that takes a look at the present and future of aging in China. Many of the themes will be surprisingly familiar to family caregivers and senior support professionals in the U.S.:

According to the report, in 1950 the life expectancy in China was about 40 years. Today, the average is 70, and that is expected to rise. Just as in the U.S., there will be many more elderly citizens than in previous years—not only a greater overall number, but also a higher percentage of the population.

Though living longer, these elders face health challenges. In the U.S., researchers have sounded the alarm that while we’re living longer, we aren’t necessarily as healthy. The situation in China is trending in the same direction, say the study authors. More Chinese seniors are smoking, and the obesity rate is growing. Rising levels of urban pollution also threaten their health. Say the researchers, “Chinese citizens also are getting diagnosed and treated for common conditions such as hypertension and diabetes, conditions that just a few years ago they didn’t even realize they had. The silent killers are now being heard.”

The pool of caregivers is shrinking.

This would seem to be a major and obvious factor in the changing face of caregiving in China, given the effects of the one-child policy. The report states that in 1950, the average Chinese woman had six children—six potential caregivers. The one-child policy has changed, but the authors still project less than replacement-level fertility. U.S. families, too, are dealing with a ratio shift as the large baby boom-era families gave way to smaller families with fewer caregiver siblings to choose from.

In the U.S., millions of family caregivers scramble to care for their elderly loved ones from afar. In China, where seniors traditionally lived near their families, ongoing migration to cities from rural areas is beginning to cause a similar situation. At present, almost all seniors older than 75 live near or with a child, but for people now aged 55, the number drops. Study co-author Yaohui Zhao of Peking University says some seniors could be in effect stranded by the nation’s health insurance system: “Insurance pools are operated at the county level, and reimbursement for care decreases while co-payments increase for care received out of one’s home county. Such policies discourage older parents from following their children to new locations.”

Said study co-author James P. Smith, Chair in Labor Market and Demographic Studies at RAND, “There will not be a demographic fix to healthy aging in China, even if the one-child policy is relaxed, since fertility is unlikely to change much. Government policies need to focus on improving health behaviors, combatting pollution and allowing elderly parents to live with their adult children.” This study, based on data funded in part by the U.S. National Institute on Aging, shows that ongoing senior-care research collaboration between the U.S. and China makes a lot of sense.

Source: IlluminAge AgeWise reporting on materials from the RAND Corporation. Read more about the study in the Journal of the Economics of Ageing.

« School’s Back: Time for Senior Travel!
Flu Shots For Others May Guard Seniors »