Flu Shots For Others May Guard Seniors 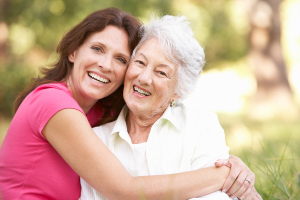 A recent study suggests that healthy adults who receive the flu vaccine may help protect older and at-risk adults while protecting themselves, too.

Healthy adults who get the flu vaccine may help protect not only themselves but also older adults in their community at higher risk for serious complications from influenza, suggest findings from a new study published in Clinical Infectious Diseases. Based on a national sample of more than 3 million people across eight flu seasons, the study found that seniors were up to 21 percent less likely to be diagnosed with flu-related illness if they lived in areas where more adults under 65 were immunized.

In their observational study, the researchers looked at the association between countywide flu vaccination rates for adults age 18 to 64 and illnesses related to influenza among 3.3 million Medicare beneficiaries 65 and older between 2002 and 2010. In counties where at least 31 percent of the 18-to-64-year-old population was immunized against flu, elderly adults had a 21 percent lower chance of being diagnosed with a flu-related illness.

“Our findings suggest that flu vaccination should be encouraged among low-risk adults not just for their own benefit, but also for the benefit of higher risk adults in their community, such as the elderly,” said study author Glen B. Taksler, Ph.D., of the Cleveland Clinic.

“In round numbers, we estimated that about one in 20 cases of influenza-related illness in the elderly could have been prevented if more non-elderly adults had received the flu vaccine.”

The reduction in risk for flu-related illness that the researchers observed was more than twice as large for seniors who were also vaccinated against flu themselves, compared to older adults who were not immunized, suggesting that community-wide vaccination may somehow boost the protection provided by an individual vaccination.

As people age, their immune system weakens, which makes seniors more susceptible to flu. In recent years, between 80 and 90 percent of flu-related deaths and more than half of flu-related hospitalizations have occurred in people age 65 and older, according to the Centers for Disease Control and Prevention, which recommends that everyone six months of age and older get a flu vaccine every season.

The study’s findings, which suggest – but do not prove – a cause-and-effect relationship between higher influenza vaccination rates among younger adults and fewer flu-related illnesses in seniors, may help inform vaccination policies and patient-physician discussions about the benefits of getting immunized against flu, the study authors noted. If confirmed by future research, the findings may have particular relevance in large metropolitan areas, where adults under 65 are often in contact with older adults, such as on crowded buses or subway trains, Dr. Taksler said.

For additional information on senior-related health topics and caregiving tips in Houston, please visit my website.